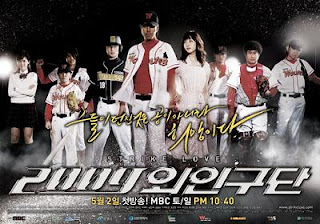 Oh Hye Sung met Choi Eom Ji when they were young and didn’t meet her again til they were in high school. However, at that time Eom Ji was the girlfriend of a star baseball player, Ma Dong Tak. Hye Sung pitched a perfect game in his professional debut but injured his arm in the process. Doctors told him that it would be unlikely for him to ever play baseball again. Devastated by what the doctors told him, Hye Sung disappears without a trace to an isolated island to train on a professional baseball team. Four years later Hye Sung returns from the island only to find out that Eom Ji married Dong Tak.
Cast
Yoon Tae Young as Oh Hye Sung
Park Seung Do as Oh Hye Sung (teen)