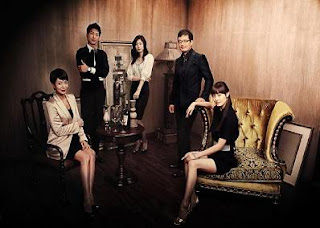 The drama traces the problems faced by employees of an Auction House. Cha Yun Soo is a sweet girl, but is strong as well. She finds an advertisement for a job at an Auction House and applies for the job. But after meeting Min Soo Rin, she dedides to become an auctioneer like Soo Rin. Oh Yoon Jae is peculiar and cynnical but has a very strong pride. He’s a type of person who strictly focuses on his work. He was once a famous auctioneer, but due to an auction forgery, he quit his job. He is called back to help out Yun Soo.