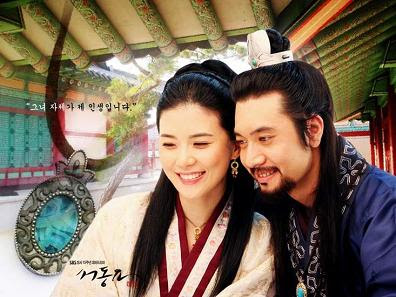 
This drama is loosely based on one of Korea’s oldest folk songs. Suh Dong was the illegitimate son of the Paekche emperor and with the help of Princess Sonhwa, the daughter of the emporer of the Silla Kingdom, he went on to become the emporer of Paekche against all odds.