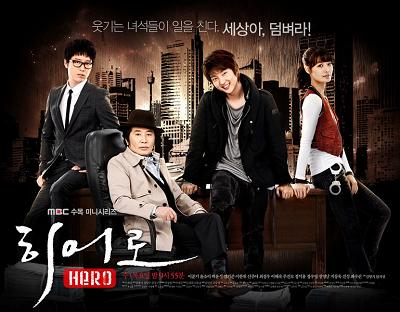 Hero is the story of Korea’s top reporters and ordinary citizens fighting against the society elite’s abuse of power. Jin Do Hyuk is a clever and talented reporter who ends up living a life of recklessness and despair when the woman he loved dies. He later decides to start a new life by helping other victims of society’s crimes, becoming a modern hero who battles against the non-ethical.