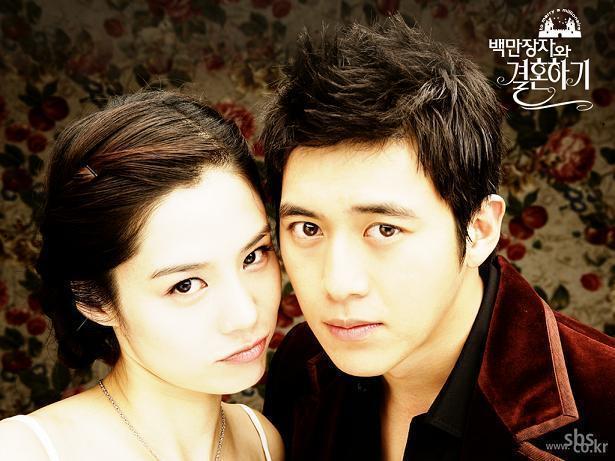 Want to marry a millionaire? Add one ‘Average Joe’, be one of eight women selected, and money from the television network station and you can.

Han Eun-young works as a clerk at a bank, trying to pay off the debts her step-mother and sister have piled on her. Kim Young-hoon is your regular, ‘Average Joe’, worker. He provides for his father, his older brother and his wife, as well as his younger brother.
One day, PD Yoo Jin-ha is asked to take over the project, “Marry a Millionaire”. Reluctantly, he agrees to handle the project. His search begins for the perfect man to play the ‘millionaire’. His goal is to use a man who is an average worker, but can pull off the facade of a millionaire. Kim Young-hoon is that man. Although he works hard for a living, there are many who can easily mistake him for a rich guy.
By chance, Eun-young is selected to be a particpant in the TV show. Although the women are not supposed to know that this millionaire of their’s is just a regular worker, Eun-young knows his true identity.
How?
Simple. Young-hoon was her first love. After many years, they meet up again at a party. Although she didn’t recognize him at first, she realized it was the young boy she had fallen in love with back in middle school. Although she says she made a mistake in liking him, being in the show with him is bringing up warm feelings once again.

Marrying a Millionaire is based on the US reality television show, Joe Millionaire.