My Name is Kim Sam Soon 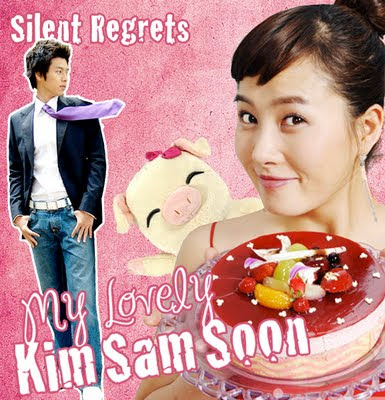 Kim Sam Soon (Kim Sun Ah) is a baker who has a talent in making pastries and cakes. On Christmas Eve, she caught her boyfriend, Min Hyun Woo (Lee Kyu Han), cheating on her and breaks up on the same night. On that same night, she accidentally went into the men’s restroom and met Hyun Jin Hun (Hyun Bin), a somewhat callous fellow but sometimes considerate guy. By sheer coincidence, Jin Hun needs a baker for his restaurant Bon Appetit and Sam Soon is unemployed. Sam Soon is hired as the restaurant’s chief baker and the two fights like cat and dog. Nevertheless, they started to have feeling for each other and Sam Soon agreed to post as Jin Hun’s girlfriend so his mother would leave him alone. Things got complicated when Jin Hun’s ex-girlfriend Yoo Hee Jin came back from the States intending to win him back.