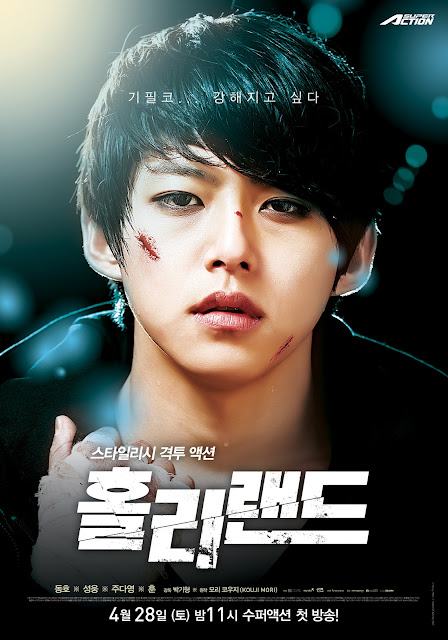 A TV movie about a homeless teen who wanders the streets and skips school but is able to redeem himself through the beauty of boxing.

Ordinary teen Kang Yoo (Dong Ho), who can’t get along with people at home or school, begins to learn the basics of boxing from a book. One day, he goes out on the street and defends himself with his new learned boxing skills from a group of thugs. Since that time, he is called the hunter of thugs. By chance, Kang Yoo meets Sang Ho (Sung Woong), who becomes his mentor. Kang Yoo pushes himself to find out who he really is …

- Japanese Drama ホーリーランド/Holyland which is Broadcast on 2005-April-01 also based on this Manga.