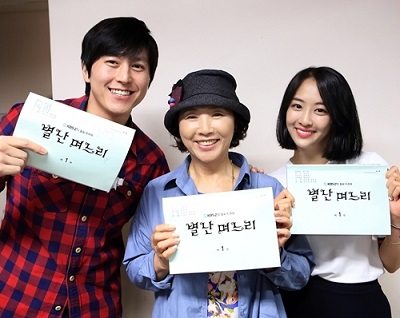 Oh In Young (Dasom) is a former idol. She belonged to a popular 4 member girl group but she isn’t popular anymore now. To regain her popularity, In Young appears on the TV show “Experience of Daughter-in-Law From The Eldest Son’s Family”. While filming for the TV show, she meets her scripted mother-in-law Yang Choon Ja (Go Doo Shim). They hate each other on the show but they then become real mother-in-law and daughter-in-law in real life.